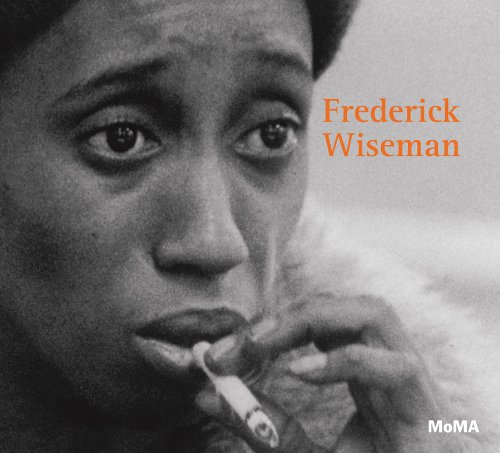 Frederick Wiseman
by Marie-Christine de Navacelle
Publisher's Description
For over four decades, from his landmark Titicut Follies (1967) to his recent La Danse: The Paris Opera Ballet (2009) and forthcoming Boxing Gym (2010), Frederick Wiseman (born 1930) has used a lightweight 16mm camera and portable sound equipment to study human behavior in all its unpredictable manifestations, particularly as it responds to institutional or regimented settings or to democracy at work. Combining epic narrative with intimate portraiture, Wiseman's films constitute a grand panorama of modern life, a kind of modern-day comédie humaine. While he manages to intrude only minimally on the lives of his subjects, his sensitive eye, lawyerly skepticism and storytelling impulses produce imaginative truth. Wiseman has also worked in the theater, directing acclaimed adaptations of Beckett and Pirandello. His stage and film productions La Dernière Lettre (The Last Letter), based on Vassily Grossman's epic novel Life and Fate, starred Catherine Samie, doyenne of the Comédie-Française and a contributor to this book. Frederick Wiseman, the first publication in English to provide a comprehensive overview of Wiseman's career to date, includes essays by eminent observers on both sides of the Atlantic, including writers, critics, filmmakers, actors and Wiseman himself. Illustrated with stills from his films, this volume offers a compelling portrait of Frederick Wiseman as one of the world's most innovative, fearless and influential filmmakers, as well as an accomplished theater director. Frederick Wiseman has made 38 films that stand as a monumental chronicle of late-twentieth-century institutional and cultural life. His controversial 1967 debut feature Titicut Follies, a look at conditions inside the Bridgewater State Hospital for the Criminally Insane, remains the only American film ever censored for reasons other than national security or obscenity. His 2009 film La Danse: The Paris Opera Ballet has been a tremendous critical and popular success both in the United States and abroad. Wiseman's latest documentary, about an amateur boxing gym in Austin, Texas, had its premiere at the 2010 Cannes Film Festival, and he is currently editing a film about the Crazy Horse Saloon, the legendary cabaret in Paris.