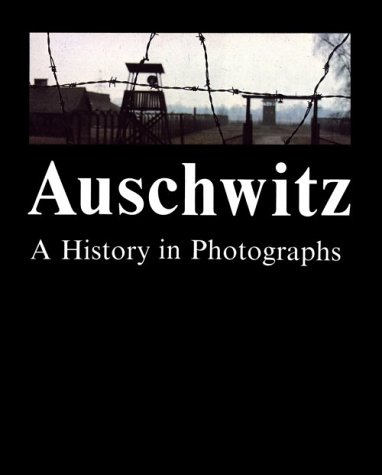 Auschwitz: A History in Photographs
by Jonathan Webber
Publisher's Description
"Auschwitz, where more than a million Jews, Poles, and others were murdered by the Nazis, has come to symbolize the Holocaust. Less well known is that the physical site of Auschwitz--with its barracks, guard towers, barbed wire fences, and crematoria--exists today as a museum and a memorial. Through more than 280 documentary photographs from the archives of the Auschwitz-Birkenau State Museum and reproductions of the artistic works by former prisoners, this book records the history of Auschwitz and what it looks like today." Included are aerial photographs taken by the allies, photographs by the Nazi's, clandestine photographs by the prisoner's themselves, and Soviet photographs taken after the liberation of the camp. This is one of the most powerful, gut-wrenching books ever published on the Holocaust.
ISBN: 0253355818
Publisher: Indiana Univ Pr
Hardcover : 295 pages
Language: English