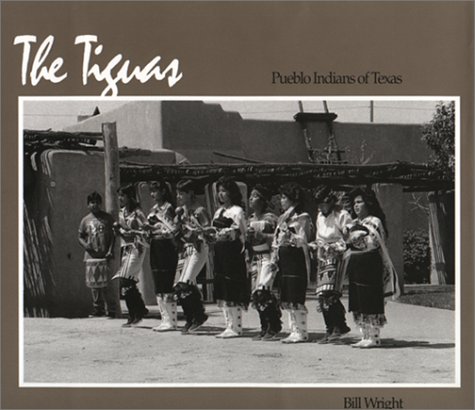 The Tiguas: Pueblo Indians of Texas
by Bill Wright
Publisher's Description
As many of the Spanish soldiers and priests retreated south after the Pueblo Revolt of 1680 a number of Tigua Indians and civilians were gathered into their midst. When they arrived in the El Paso area a new mission was established where many of the Tiguas have lived since. Bill Wright has worked for over six years making images and researching this tribe which received official recognition by the government as recently as 1968. Included here are his photographs in addition to many rare, historical images as well.
ISBN: 0874042291
Publisher: Texas Western Pr
Hardcover : 161 pages
Language: English