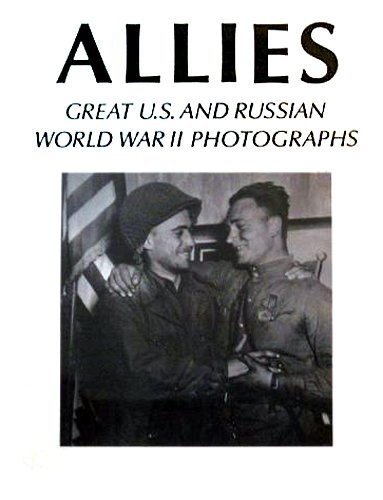 Allies: Great U.S. and Russian World War II Photographs
by Grigori Chudakov
Publisher's Description
"On June 22, 1941, Hitler extended his assault on Europe into the Soviet Union, and on December 8, 1941, in the aftermath of Pearl Harbor, the United States propelled its armed forces into the cataclysm of World War II. Two consequences of that vast and terrible struggle--the alliance of the U.S. and the U.S.S.R. against a common enemy, and the remarkable achievements of the photojournalists of both great nations--are the subject of Allies."--the publishers. This quite extraordinary book pairs subjects and photographers, from Robert Capa and Margaret Bourke-White, among many others, to Arkadi Shaykhet and Aleksandr Ustinov.
ISBN: 0883633892
Publisher: Hugh Lauter Levin Associates
Hardcover : 200 pages
Language: English