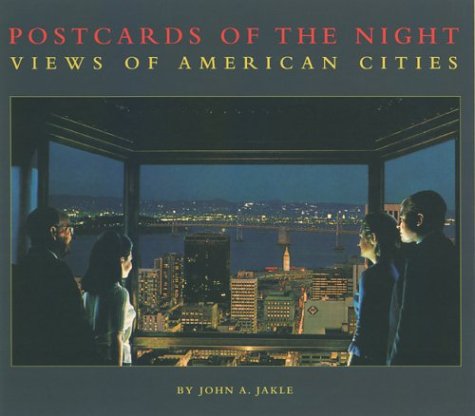 Postcards of the Night: Views of American Cities
by John A. Jakle
Publisher's Description
Illustrated with eighty vintage postcards produced between the turn of the twentieth century and the 1970's (with the emphasis on the first four decades), historical geographer, John A. Jakle turns his attention to nocturnal views of America's cities and to the role of the picture postcard and illumination in popular culture. Published in association with the Center for American Places, Postcards of the Night is the first book of its kind to tackle the topic of nighttime city views in the United States.
ISBN: 0890134561
Publisher: Museum of New Mexico Press
Hardcover : 124 pages
Language: English