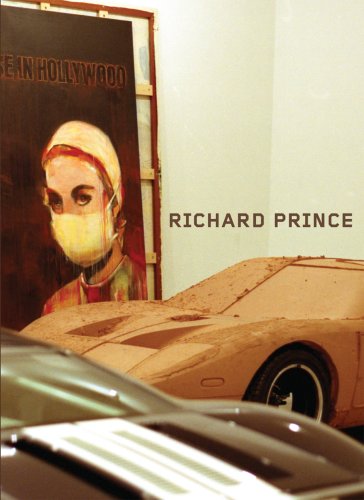 Richard Prince
by Nancy Spector
Publisher's Description
For 30 years now, the American artist Richard Prince has been considered one of the most forward-thinking and innovative artists in the world. In 1977, his deceptively simple act of re-photographing advertising images from The New York Times Magazine and presenting them as his own ushered in an entirely new, critical approach to making art-one that questioned notions of originality and the privileged status of the unique aesthetic object. Prince's technique involves appropriation, and he pilfers freely from the vast image bank of popular culture to create works that simultaneously embrace and critique a quintessentially American sensibility, with images stemming from the Marlboro Man, muscle cars, biker chicks, off-color jokes, gag cartoons and pulp fiction novels, among many other sources. Organized by the Solomon R. Guggenheim Museum, New York, this major traveling retrospective brings together Prince's photographs, paintings, sculptures and works on paper in the most comprehensive examination of his work to date. While previous examinations of Prince's work have emphasized its catalytic role in Postmodernist criticism, this volume also focuses on the work's iconography and how it registers prevalent themes in our social landscape, including a fascination with rebellion, an obsession with fame and a preoccupation with the tawdry and the illicit.

Highlighting key examples from the all the major series of Prince's oeuvre, this fully illustrated volume also debuts works created specifically for the exhibition. It features a critical overview by the Guggenheim Museum's Nancy Spector and an essay by Artforum Editor-at-Large Jack Bankowsky, which discusses Prince's environmental installations, including the Spiritual America Gallery, his First House and Second House, and his Library in Upstate New York. In addition, cultural commentator Glenn O'Brien contributes a series of interviews with popular culture initiators like Annie Proulx, Phyllis Diller, John Waters, Michael Ovitz, Kim Gordon and Robert Mankoff, among many others, providing a composite portrait of Prince's themes alongside an insider's view of the formation of mass-cultural taste.
ISBN: 0892073632
Publisher: Guggenheim Museum
Hardcover : 368 pages
Language: English
Dimensions: 8.5 x 11.5 x 1.3 inches