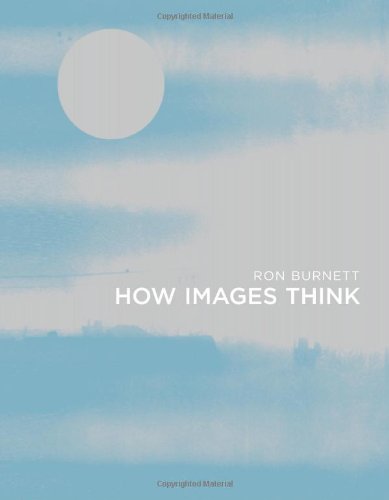 How Images Think
by Ron Burnett
Publisher's Description
Digital images are an integral part of all media, including television, film, photography, animation, video games, data visualization, and the Internet. In the digital world, spectators become navigators wending their way through a variety of interactive experiences, and images become spaces of visualization with more and more intelligence programmed into the very fabric of communication processes. In How Images Think Ron Burnett explores this new ecology, which has transformed the relationships humans have with the image-based technologies they have created. So much intelligence has been programmed into these image-dependent technologies that it often seems as if images are 'thinking'; ascribing thought to machines redefines our relationship with them and enlarges our ideas about body and mind. Burnett argues that the development of this new, closely interdependent relationship marks a turning point in our understanding of the connections between humans and machines. After presenting an overview of visual perception, Burnett examines the interactive modes of new technologies-including computer games, virtual reality, digital photography, and film- and locates digital images in a historical context. He argues that virtual images occupy a 'middle space,' combining the virtual and the real into an environment of visualization that blurs the distinctions between subject and object-part of a continuum of experiences generated by creative choices by viewers, the results of which cannot be attributed either to images or to participants.
ISBN: 0262025493
Publisher: The MIT Press
Hardcover : 272 pages
Language: English
Dimensions: 7.1 x 9 x 1 inches