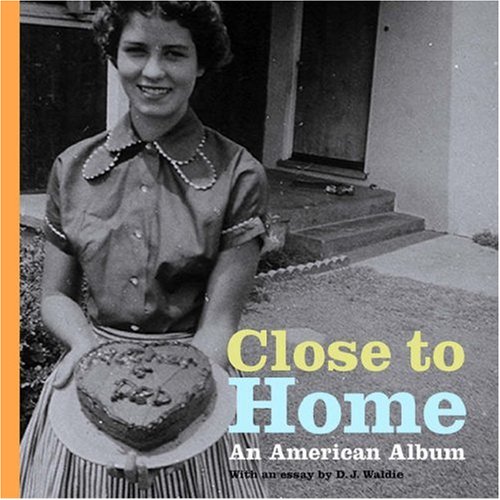 Close to Home: An American Album (Getty Trust Publications: J. Paul Getty Museum)
by D. Waldie
Publisher's Description
A Siamese cat beneath a clothesline…three women with linked arms standing on the front lawn…a man drying his hands on a dish towel in front of the kitchen stove. These scenes are part of Close to Home and the accompanying the Getty Museum exhibition (to be held from October 12, 2004 to January 16, 2005), which celebrate snapshots—'found' photographs by anonymous photographers—that capture everyday life in all of its joy, banality, and mystery. Taken between 1930 and the mid-1960s, these photographs, most of them in black-and-white, create an unpretentious portrait of suburban American life by untrained photographers whose images can be unexpectedly lyrical and moving.

Complementing the photographs is an essay by noted Southern California writer D. J. Waldie. The snapshot, Waldie writes, 'depending on who's doing the looking, is horrifying, hilarious, pointless, or suffused with yearning.' Waldie speculates on the meanings and implications of the snapshots in this book and of snapshots generally, which he sees as expressions of 'the hunger of memory.'