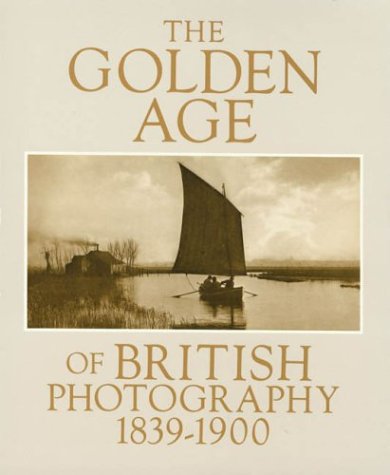 The Golden Age of British Photography, 1839-1900
by Mark Haworth-Booth
Publisher's Description
Introduced to the British public in 1839 by inventor William Henry Fox Talbot, photography quickly took its place as an authentic wonder in an age of wonders. The Golden Age of British Photography presents photographs that represent the era, drawn from the extensive collections of the Victoria and Albert Museum and other major museums and archives. The medium's early history unfolds in 199 images, from one of photography's first successful images, Talbot's enchanting view of his breakfast table, to Paul Martin's turn-of-the-century beach scenes. Uninhibited by notions of what the new invention should be, early photographers depicted exotic faraway lands, the disappearing rural landscape, British cathedrals, London slums, the public and private faces of the time, and the newsworthy events that brought the times into view. These images, rarely seen and never before shown together, present photography at its most miraculous and daring.
ISBN: 0893811440
Publisher: Aperture
Hardcover : 192 pages
Language: English