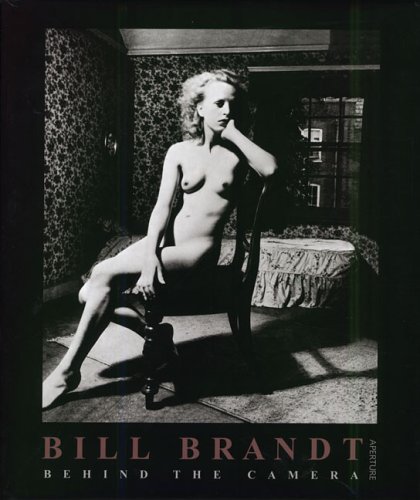 Bill Brandt: Behind The Camera (Aperture Monograph)
by Bill Brandt
Publisher's Description
Universally acknowledged as the greatest British photographer and one of the great masters of all twentieth-century photography, Bill Brandt left an indelible mark on the medium during a career that spanned more than fifty years. Trained in the Paris studio of Man Ray, Brandt returned to England and produced a body of work that ranged from insightful portraits of English upper-crust society to views of the gritty poverty of the industrial north. During the Blitz of World War II, Brandt created an epic picture of blacked-out London, with images of bomb-damaged landmarks such as Saint Paul's Cathedral and residents sheltering in underground subway stations. After the war, he began a series of ninety remarkable nude studies using lens distortions and unusual points of view to interpret the female form in new and exciting ways. At the same time, he photographed the movers and shakers of the English artistic scene, making portraits of everyone from Alec Guinness to David Hockney, and he toured the island nation tracking down landscapes that had been influential to important British writers for a historic series called 'Literary Britain.' Mark Haworth-Booth, curator of photography at London's Victoria and Albert Museum, analyzes Bill Brandt's work series by series, providing both a contextual overview and concrete information on Brandt's working methods and biography. David Mellor, professor of art history at the University of Sussex in England, offers cogent interpretations of the larger significance of Brandt's themes and preoccupations.
ISBN: 089381170X
Publisher: Aperture
Hardcover : 100 pages
Language: English
Dimensions: 9.5 x 11.7 x 0.6 inches