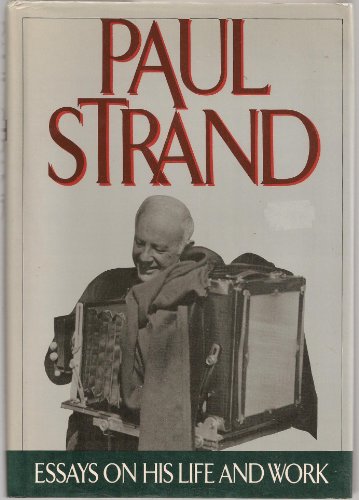 Paul Strand: Essays on his Life and Work
by Maren Stange
Publisher's Description
This book was produced in honor of the 100th anniversary of Strand's birth. An international team of twenty scholars--many of whom were associated with Strand--was commissioned to write about his life and work, spanning the earliest beginnings of his career to his last twenty-five years of work and life in Europe and Africa. These essays are an unsurpassed chronicle of a visionary genius. Alan Trachtenberg has contributed the introduction.
ISBN: 0893814202
Publisher: Aperture
Hardcover : 320 pages
Language: English