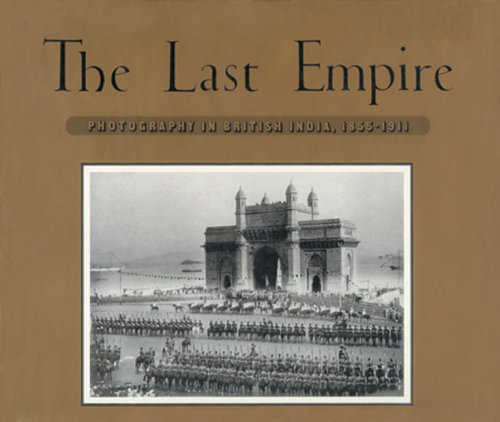 The Last Empire: Photography In British India, 1855-1911
by Ainslie Embree
Publisher's Description
Gathered from collections throughout the world, these extraordinary pictures were taken by British photographers in the last half of the nineteenth century. The Last Empire contains examples of the first photograph ever taken by early photographer-adventurers: vivid images illustrate the magnificence of the Himalayas, the Asian landscape, the archaeological discoveries on the Indian mainland, the picturesque facade of the Empire, and the pageantry of British troops and regalia, set against a backdrop of ruling native princes and age-old dynasties.
ISBN: 0893814520
Publisher: Aperture
Hardcover : 152 pages
Language: English