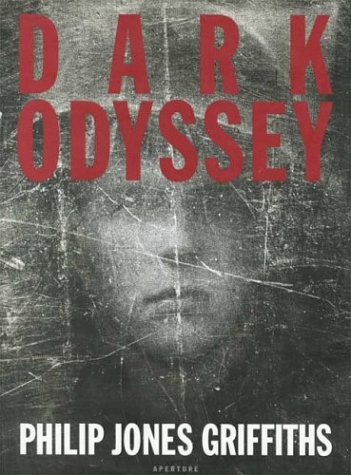 Dark Odyssey
by Phillip Jones Griffiths
Publisher's Description
As a photojournalist for over forty years, Phillip Jones Griffith's acute and uncompromising eye has captured all of the brutality and compassion that humanity is capable of. These photographs reveal a grim determination, the act of survival itself, around which the rest of the lives he witnesses exist. His 1971 title, long since out-of-print, Vietnam, Inc. remains an inspiring and essential antiwar document. This monograph and the major touring retrospective it accompanies are a stunning testament to the power of vision in a chaotic world.
Amazon.com Review
A former president of the Magnum photo agency, journalist Philip Jones Griffiths has covered Vietnam, Northern Ireland, war-torn parts of Africa, and other trouble spots. The author of a well-regarded 1971 book Vietnam Inc., here he collects many of his best pictures. Photojournalism as art is an uncomfortable format, especially when the photos are of war. Here, the ethical validity of the images looms as large as their visual impact. These photos reveal Griffiths' talent for spotting the incongruous in the midst of chaos. An image of a half-black Vietnamese schoolgirl sitting in a schoolroom is typical, identifying the long-lasting legacy of war.
ISBN: 0893816450
Publisher: Aperture
Hardcover : 180 pages
Language: English