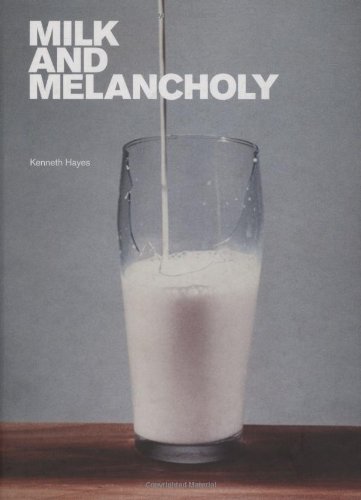 Milk and Melancholy
by Kenneth Hayes
Publisher's Description
Milk and Melancholy looks at milk through the lens of photography and from the angle of art. Specifically, it considers the milk splash in all its manifestations, representations, and variations, tracing the complex flow of the image in works ranging from Harold Edgerton's milk drop coronet to Jeff Wall's exploding milk carton. In Milk and Melancholy, Kenneth Hayes considers milk as corporate advertising's mustache of health; as the antiwine; as a complex mixture of fat, protein, corpuscles, lactose, chyle, and plasma that lacks darkness but lacks also the morally pure transparency of crystal; and as the luminous middle term between mercury’s glare and water's transparency. He offers the first-ever history of the 'knowledge of splashes,' a history that brings together Goethe’s theory of optics, the invention of the stroboscope, and the milk paint dripped by Jackson Pollock in the 1940s. Taking Edgerton's famous photograph as a starting point, Hayes tracks its influence in the infinite variety of representations of milk in the work of more than twenty artists including Pollock, Ed Ruscha, Barbara Kruger, Bruce Nauman, Adrian Piper, Martha Rosler, Mike Kelley, and William Wegman. More than 100 images, most of them in color and all of them exquisitely reproduced, illustrate Hayes's text. With this book, a splash in its own right, we will never see milk as a mere grocery item again.