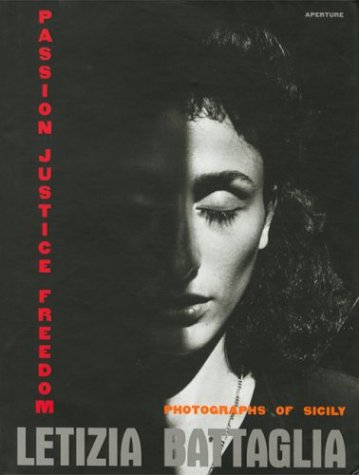 Letizia Battaglia: Passion, Justice, Freedom--Photgraphs of Sicily
by Letizia Battaglia
Publisher's Description
Letizia Battaglia's story, her vision of Sicily, and her fight for justice against the mafia as revealed in this biographical monograph are as stunning as they are heroic. This W. Eugene Smith Award-winning photographer demonstrates photography's power to serve as a weapon and a voice for the silent majority. Letizia Battaglia: Passion, Justice, Freedom—Photographs of Sicily juxtaposes candid pictures of the everyday joy, suffering, and vitality of the Sicilians with images of the havoc wrought by the mafia predators who for so long have controlled much of the city's political and economic life. 'At its worst there were as many as five Mafia-related killings a day (in Palermo). And wherever the murder was, there, too, was a small, slightly disheveled, blond dynamo, brandishing her camera like a weapon as she recorded the carnage for her paper … —Newsday
ISBN: 0893818054
Publisher: Aperture
Hardcover : 144 pages
Language: English
Dimensions: 9.5 x 12.2 x 0.8 inches