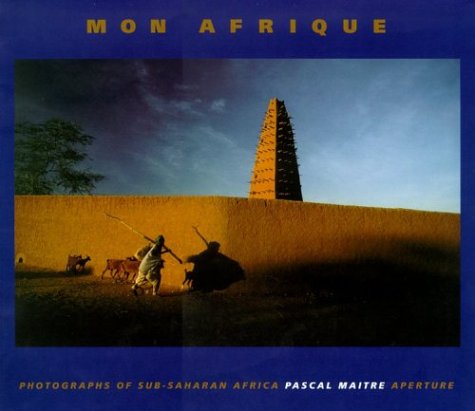 Mon Afrique: Photographs of Sub-Saharan Africa
by Pascal Maitre
Publisher's Description
In a convergence of brilliant color and visual narrative, this insightful collection of photographs by Pascal Maitre reveals an Africa unfamiliar to most Westerners. Maitre portrays a wide range of experience in sub-Saharan Africa: a Burundi orphanage; a warrior in a Bassorian initiation ceremony; Tuareg soldiers in the Niger desert. Maitre shows an Africa living with the contradictions of tradition and modernization, of ritual headdresses and plastic flip-flops, of gauzy brides at refugee camps, of historic palaces lit by fluorescent tubes. Ancestral deities and non-believers traverse the same land and Maitre's photographs, covering an immense geographic area, reveal their complicated embrace. Pascal Maitre has worked with many magazines, including The New York Times Magazine, Life, GEO, and Stern, and his photographs have been widely exhibited in Europe. Calixthe Beyala was born in Cameroon and spent her childhood in the shantytown of New-Bell in Doula. She is the author of several novels, including Loukoum: The Little Prince of Belleville, The Sun Hath Looked Upon Me, and Only the Devil Knew.
ISBN: 0893819166
Publisher: Aperture
Hardcover : 176 pages
Language: English