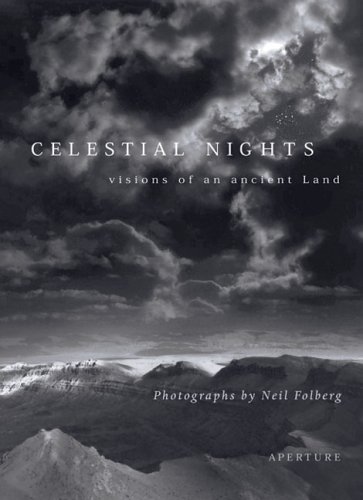 Celestial Nights: Visions of an Ancient Land
by Neil Folberg
Publisher's Description
"This series of new and compelling night images of the ancient land and skies of Israel offers the viewer mystical points of entry and departure. The world depicted in 'Celestial Nights' is composed of a delicately constructed order where earthly elements and the heavens mirror each other. Folberg emphasizes the singular and poignant presence of objects against the backdrop of the infinite. His photographs describe places where the spiritual is at once near, imprinted in the forms of the arid landscapes, and far away in the dark, starlit recesses of space."-the publisher.
ISBN: 089381945X
Publisher: Aperture
Hardcover : 64 pages
Language: English