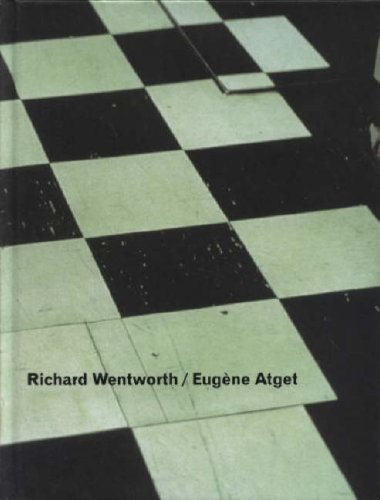 In this unusual exhibition, Richard Wentworth's extraordinary series of photographs Making Do and Getting By(1974-2001), is brought into dialogue with the work of Frenchman, Eugene Atget, a figure who stands at the beginning of thinking about photography and Modernism. Both Atget and Wentworth are authors of photographic compendia, which describe the great cities of London and Paris, poised at two very different moments of change - at the twentieth century's beginning and at its end. For both, the city is a vivid yet fugitive place, continually undergoing cycles of renovation, disintegration and renewal once more. Its pavements are a 'stage' for social activity, and its physical details, however fleeting, full of meaning about the nature of an urban society - and what the individuals within it, own, do, make and improvise.

Although separated by a century in time, it is perhaps not so far from Atget's extraordinary Zoniers album - photographs of the colony of ragpickers and scrap merchants living in shanty towns on the edge of Paris - to Richard Wentworth's scrap-sifting street traders on the Caledonian Road. Both squeeze the last drops of economic value from objects that might be deemed commodities in the morning, and rubbish by evening. It is this battle with utility which intrigues Wentworth, as he documents objects which may have failed in one function, only to find an entirely new one - like the leaky wellington boot now adapted into a perfect door wedge, or the finger of fudge which stops the school bell ringing.
ISBN: 0907879624
Publisher: Photographers' Gallery
Hardcover : 144 pages
Language: English