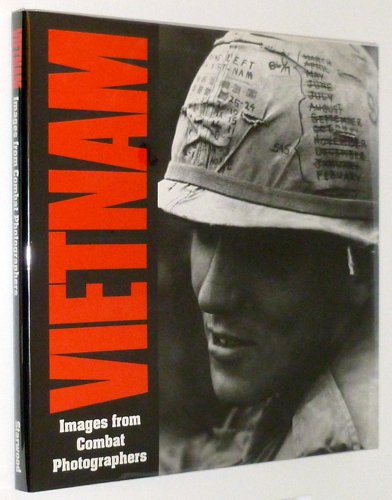 Vietnam: Images from Combat Photographers
by Owen Andrews
Publisher's Description
Unlike most of the books of press photographs from Vietnam, this volume contains images taken by cameraman from the Army, Navy, Air Force, and the Marines. These photgraphs were culled from nearly a quarter-million photographs formerly on file with the Department of Defense Still Media Office and now held in the National Archives. "We saw it all... We saw the best of it, we saw the worst of it. And that gave us an overall picture that the average guy who spent 12 months in the bush couldn't have."--a veteran military combat cameraman in Vietnam.
ISBN: 0912347759
Publisher: Starwood Pub
Hardcover : 107 pages
Language: English