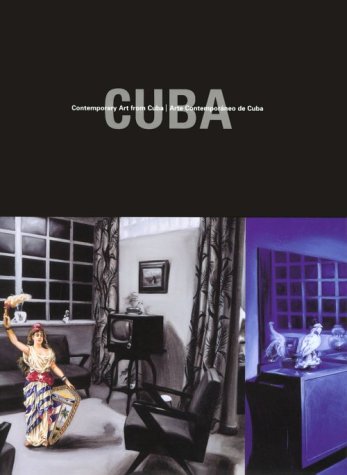 Contemporary Art From Cuba (English-Spanish edition)
by Arizona State University University Art Museum
Publisher's Description
"The poetic birth of Cuba, and of the character of its culture, might be found in a phrase placed in the mouth of an aborigine of the island and included in a book by the Cuban writers Cintio Vitier and Fina Garcia Marruz, who traced and assembled such outbursts of inadvertent poetry...An obscure historian of the nineteenth century, the priest of the Cuban Village of Los Palacios, tells us that when Columbus asked the natives of Cuba if the place was island or continent, they answered him that it was 'an infinite land of which no one had ever seen the end, although it was an island.' Cuba was thus born for the West as quandary, aporia, bluff. In addition, it was to impose the mystery of its aboriginal name over the almost kitschy name Juana, given by the Europeans. The paradox of an infinite island remains as an image of the hyperbolical destiny of Cuba, always out of proportion in comparison to its material bases. Perhaps it is also worthwhile to stress that peculiar and fluid juncture between an insularity that always looks within ('the cursed circumstance of water everywhere,' as another writer said) and an opening toward the universal characteristic of Cuban art and culture."-Gerardo Mosquera.
ISBN: 0929445058
Publisher: Delano Greenidge Editions
Paperback : 175 pages
Language: Spanish