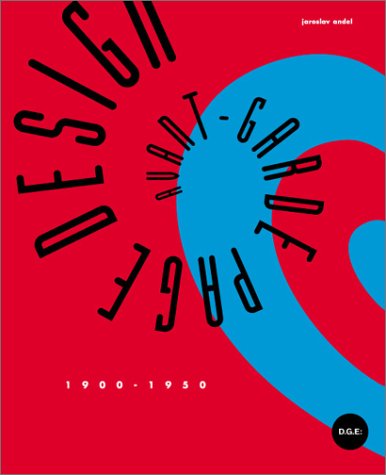 Avant-Garde Page Design 1900-1950
by Jaroslav Andel
Publisher's Description
"The primary goal of the artist-designers who were supporters of New Typography was to create an international optical language based on clarity and functionality. Using sans serif typefaces, asymmetrical compositions, photography, and photomontage, they designed type based on the simplest geometrical forms and eliminated the use of upper-case letters. Similar to the basis of the International Style in architecture, these innovations were considered to be the foundations of a new society in which the idea that form follows function and the rational, economical use of material and technique would be important elements in the creation of an egalitarian social order. However, the New Typography and International Style were utopian movements whose works and ideas did not always survive intact in a real and imperfect world. Indeed both became corrupted by political ideology and/or the corporate system...It was this contamination of art and ideology, as well as the atmosphere of brutal political repression, that led Tschichold and others to modify and abandon their ideas and return to classical design principles."-the publisher.
ISBN: 0929445090
Publisher: Delano Greenidge Editions
Hardcover : 388 pages
Language: French
Dimensions: 10.1 x 12.3 x 0 inches