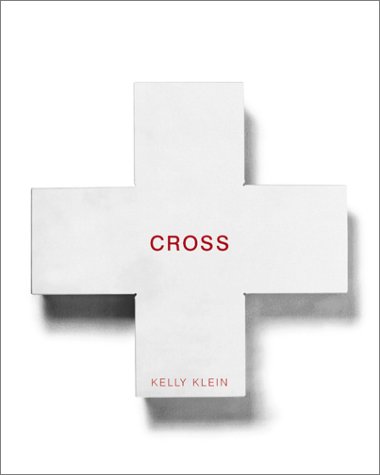 Cross
by Kelly Klein
Publisher's Description
From celebrated and critically-acclaimed fashion photographer and editor Kelly Klein, comes this provocative anthology based on one central theme--images of the shape of the cross by photographers who have created the visual language of this century. Richard Avedon, Bruce Weber, and Annie Leibovitz have all contributed images of one of the most powerful symbols of our times--the cross. Text is provided by FAther Andrew Greeley, Simon Doonan, and New York Times contributor, Bob Morris. A grand and compelling production!
Amazon.com Review
Like the photos of crosses in this abundant collection, author and photographer Kelly Klein manages to illuminate the intersection of two edges. On one edge, she brings forth reverence for this ancient symbol of Christian devotion and sacrifice. On the other edge she dares to dally in irreverence, not allowing her vision to be muddied with Christian dogma, etiquette, or protocol. As a result, she presents the cross within a telephone pole as respectfully as she captures the cross that dangles from a nun's habit. In a stunning piece of double photography, we see Malcolm X's FBI file overlaid across his mug shot. Blend the two images together and there's a cross stamped across his heart like an ominous target.

While conservative Christians will no doubt find some of the images offensive, most viewers will find them simultaneously beautiful and unsettling. In fact, the cross is meant to be a symbol of contradiction, notes Kelly Klein in her introduction. "Even within Christianity it is paradoxical: an image transformed from an instrument of torture and death into a symbol of hope, life and love." --Gail Hudson