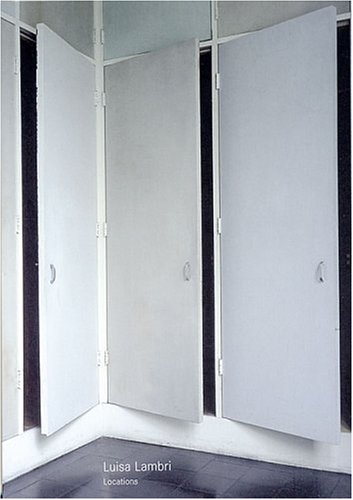 Luisa Lambri
by Matthew Drutt
Publisher's Description
At a glance, Luisa Lambri's photographs of architectural interiors might appear to be yet another example of the austere, depopulated spaces found in so much of today's photo-based work. They are, however, eminently different in both conception and execution, at once deeply personal and ethereal rather than wholly impartial and concrete, suffused with a delicacy and intimacy that is diametrically opposed to the stark realism found in the works of, say, Thomas Ruff or Candida Höfer. Since Lambri initiated what has become a sustained engagement with architecture and photography in 1997, she has endeavored to strike a subtle balance between objectivity and subjectivity, creating interpretations of spaces rather than documents of them, eliciting something minimal, abstract, and nonspecific that is imprinted by memory and desire in the process. For her project at The Menil Collection, Lambri has been commissioned to photograph Menil House, the home designed by Philip Johnson for John and Dominique de Menil in 1951, as well as The Menil Collection designed by Renzo Piano in 1987. These will be presented along with a selection of her previously unpublished projects.
ISBN: 0939594560
Publisher: The Menil Foundation, Inc.
Paperback : 112 pages
Language: English