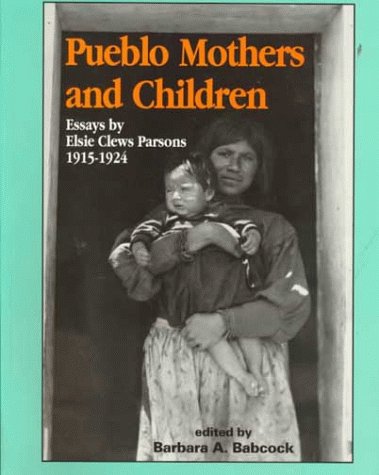 Pueblo Mothers and Children: Essays by Elsie Clews Parsons, 1915-1924
by Barbara A. Babcock
Publisher's Description
During the period 1915-1924, the noted pioneer anthropologist, Elsie Clews Parsons, wrote extensively on the lives of the women in the pueblos of the southwest: the relations of mothers and children, the fertility, conception, and pregenancy beliefs of the Zuni, women's life cycles, "men-women," Tewa wedding practice, and nativity myths among the Zuni and Laguna. This book brings together these little known essays in one place. There are many photographs of the Pueblo people included in the text. Barbara Babcock provides an valuable introduction called "Elsie Clews Parsons and the Pueblo Construction of Gender."
ISBN: 0941270653
Publisher: Ancient City Pr
Paperback : 140 pages
Language: English