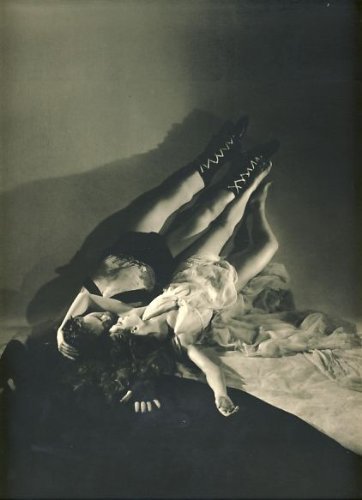 Ballet
by George Platt Lynes
Publisher's Description
When George Balanchine and Lincoln Kirstein formed the New York City Ballet in 1934, they hired George Platt Lynes to document the productions and to photograph the company's dancers. From then until his death in 1955, Lynes compiled an extensive document on one of the most influential ballet companies in the world, including the greatest dancers, costume and scenery designers. These photos have been compiled from the surviving Lynes archive and are accompanied by essays by Balanchine and Lynes. The reproductions are rich, large format gravures on fine paper. Certainly a major collection of work by the man the New York Times Book Review called "the Robert Mapplethorpe of his generation."
ISBN: 0942642171
Publisher: Twelvetrees Pr
Hardcover : 124 pages
Language: English