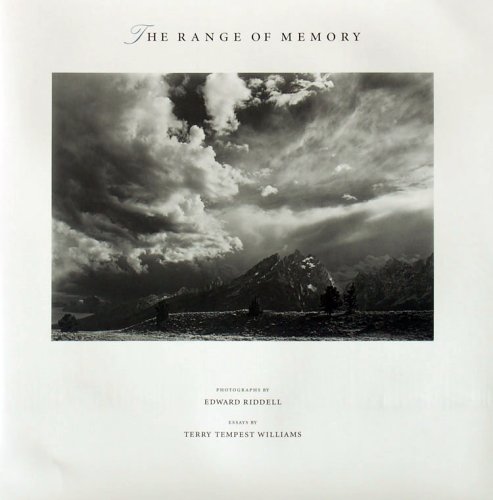 I’ve known Lee and Ed Riddell for a number of years, at least a dozen anyway, but it has only been during the last five or six of these, that Ed always brought a few of his photographs along to show me on their visits to Livingston, images always interesting and beautiful. So when he mentioned having an idea for a book of them which would be in need of a publisher, my response was instantly positive. I could not have foreseen however, the magnificent work that was ultimately presented to me. It was like a precious, perfectly preserved historical artifact: rich, spiritual, grounded yet completely ethereal, all of it infused with care, hope, and love. What I found out was that Ed and Terry have been friends for nearly thirty years, sharing their dreams all this while, holding the course, honing and focusing their emotions, steadfastly respecting the earth, and always wanting to give something back through their mutual obsession. This book is it, or at least part of it so far, who knows, but it is the most valid kind of collaboration imaginable, organic and inevitable, pen and image, as dependent and supportive as root and leaf; two people guided by only the cleanest of motives, which was to give themselves over to craft and art in honor of the natural world. In our troubled times, you need a pipe, tweed jacket, stalking cap, and a magnifying glass the size of the Hubbell Telescope to find something this truly pure, but this is it, and I’ve never been more proud to be a part of something ever.

About the Limited edition:

The Collector’s Edition is presented in a handmade, clamshell box with special window inside the front cover of the box to hold a frameable, tri-fold letterpress broadside of excerpts from The Range of Memory essay, signed by Terry Tempest Williams, and a signed and numbered original print by Edward Riddell. The book itself is also signed and numbered by Edward Riddell, and is available in an edition of 250 copes.