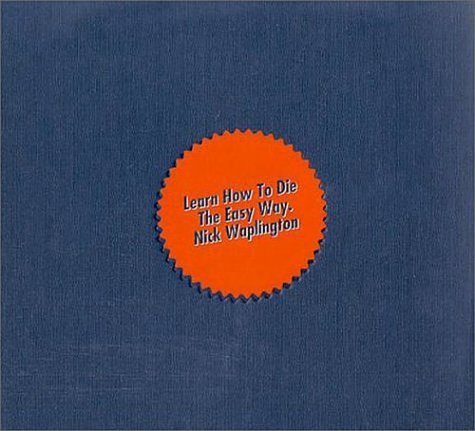 Somewhere out there lies the new unchartered frontier of cyberspace. In this Babel there are images, dreams, inert and vital messages, anonymous ciphers and calculating incubi. Because it is faceless, as if somehow subterranean, human dialogue and the expression of ideas can multiply without responsibility, without the parameters of authorial disciplines or social conventions. Could this be anarchy, of the kind that artists linger on street corners for? Nick Waplington, alert to these possibilities, went last year with a series of works to the Venice Biennale, which had commissioned him to elaborate on this theme. The result was undeniably the work of an artist, one who embraces the limitless avenues of freedom of expression on the internet.

For Waplington the medium is certainly the message, but one far more profound than McLuhan's epithet, since this is a medium not bound by social, moral or ethical considerations. It's as if he had found himself a child again, locked in the toyshop overnight, where trainsets would double as conveyor belts of ideas, and Action Man as a table leg.

'If, as I suspect' says Waplington, 'the internet has broken the stranglehold of governments and large media corporations on mass communication, then we could be in for a very exciting period of development on a number of different levels. Would a breakdown of current modes of social, moral and political cohesion be too much for a man to ask for?'

Nick Waplington was born Aden in 1947. He is critically acclaimed for such photographic works as Living Room and Safety in Numbers. The recipient of numerous photographic awards, Waplington was further honored last year by curator Harald Szeeman with an invitation to exhibit at the Venice Biennale. Learn How to Die the Easy Way is his seventh book. He lives and works in Port Stanley.
ISBN: 0954207971
Publisher: TROLLEY BOOKS
Hardcover : 128 pages
Language: English
Dimensions: 8.4 x 10 x 0.7 inches