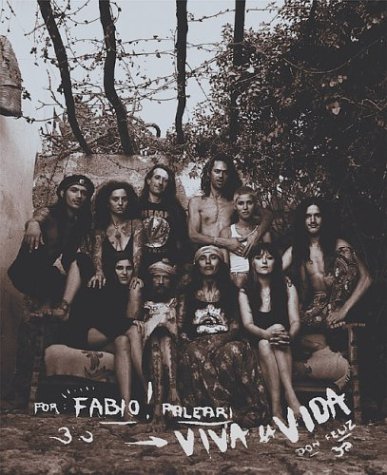 In 1976 Felix Leu, a Swiss-born traveller, was accosted by a passer-by in Yugoslavia as the artist responsible for the tattoos of a travelling companion.

He was not, but somehow then determined to learn the skills of the tattooist. With advice, he found and served his apprenticeship at Jock's Tattoo Shop, in King's Cross, London. For almost 30 years Felix and his family travelled the world, learning their crafts and art. There are now three generations of the Leu family practising at their famous studios in Lausanne. In addition to Japanese and Indian styles, they are also linguists of the African traditions, having worked alongside Berber tribesmen, along with Indonesian, Polynesian and North American Indian masters.

But perhaps what they are most known for is their own personalised style, described by afficionados as 'soft and psychedelic'. Filip, Felix's son, became specialised in large pieces, body-suits even. Clients, over several years, offer up their bodies, their hands, their faces and even genitals for decoration. The photographer Fabio Paleari has documented the studio and the designs of the Leu's work in Lausanne and beyond.

The results are phenomenal; no-one with skin can expect to be unaffected by his photographs, nor anyone who has admired the work of the tattooist, from Polynesia to King's Cross.

Estee Lauder it is not.

It is the miraculous and sublime.

Fabio Paleari was born in Milan in 1963. After finishing his studies in photography at UCLA, Paleari divided his time between advertising photography - for, among others, Vogue and Saatchi & Saatchi - and photographing his travels in Latin America, Australia and Morocco. Paleari is also a film-maker, collaborating with Italian television on a documentary about Allen Ginsberg and another about the Leu family. He is the author of La mia incapacity di stare al mondo and La Goccia.
ISBN: 0954264800
Publisher: Trolley
Hardcover : 224 pages
Language: English