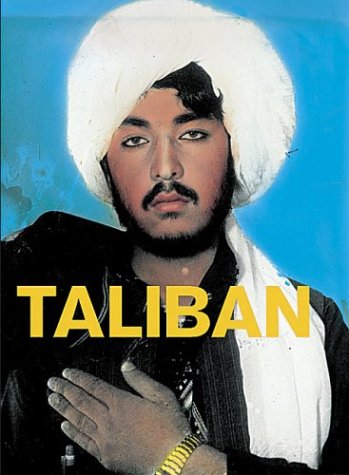 Taliban
by J. L. Anderson
Publisher's Description
Zealotry has many forms of madness, and the Taliban are no exception. In the Toyota Land Cruiser abandoned in Kandahar by Mullah Omar, the man who banned music on pain of prison and torture, was found a cache of popular music CDs. Kandahar, a city of Pashtuns noted for their gaiety, so to speak, where Mullah Omar had made his final headquarters, has traditions of men in high-heeled sandals, with make-up of kohl and painted nails like sultry silent-movie stars. They liked to have their pictures taken and, because the Taliban most certainly needed passports, their vanities were accommodated in the hole-in-the-wall photo shops that exist in downtown Kandahar. The Magnum photographer Thomas Dworzak, on war assignment for the New Yorker, discovered their photographs days after they had fled the city. They hung among portraits of Bruce Lee, Leonardo DiCaprio and Ahmed Shah Massoud, their faces retouched by the artful brushwork of the photographer. As exotic backdrops the subjects have chosen chalets in the Swiss Alps, where the mountains are green and Julie Andrews sings, rather than the forbidding grey and brown of their own country. Some are alone, others with a friend or a Kalashnikov, with garish colours stroked into the theme, along with flowers. They were the killers who have fled, leaving behind an absurd record of their presence.
ISBN: 0954264851
Publisher: Wrth Publicatoins
Hardcover : 128 pages
Language: English
Dimensions: 6.3 x 8.3 x 0.7 inches