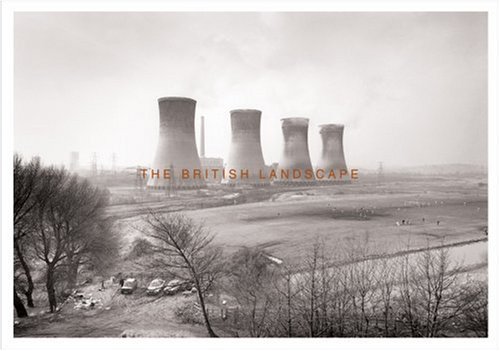 The British Landscape
by Jonathan Glancey
Publisher's Description
To view the landscape as a pictorial composition of elements is simplistic. To perceive the landscape within a set of rules (art, science, politics, religion, community, business, industry, sport and leisure) is a way people can deal with the complexity of meanings that are presented in our environment. We are collectively responsible for shaping the landscape we occupy and in turn the landscape shapes us whether we are aware of it or not. - John Davies

The best of John Davies's landscape photographs of Britain, made between 1979 and 2005, are presented in The British Landscape in the order in which they were made and on a spectacular scale. Beginning with his early photographs of mountains of Scottish and the Lake District, Davies’s dominant concerned is soon established – the industrial and post-industrial landscapes of Britain’s towns and cities. Most of the photographs are made from a position of elevation, and are loaded with information about the social history of Britain from the Industrial Revolution onwards. Each is accompanied by Davies’s notes on the social and historical background to the places and scenes featured, and the book is introduced with a reflection on the changing British landscape by Jonathan Glancey. This book also accompanies a touring exhibition, launched in June 2006 at the Centro Cultural de la Villa de Madrid (during PhotoEspaña), and subsequently at the National Museum of Photography Film and Television in Bradford.
ISBN: 095468947X
Publisher: Chris Boot
Hardcover : 112 pages
Language: English