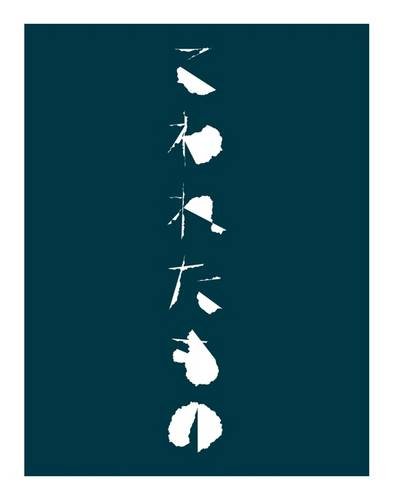 This beautiful soft-cover book is an edition of 500 copies only, printed by the the renowned Optimal Media in Germany. All profits from sales of the book will be donated to charities working in Tohoku.

The journey began a week before the anniversary in the far north of Tohoku and then slowly moved south along the coastline through Iwate and Miyagi prefectures. It's a time of year when winter's grip is slowly loosening and the rugged landscapes, shrouded in cloud and sleet, seemed to reflect the complex mix of emotions brought on by the anniversary.

Most days took a similar course as over coffee or tea people related their stories of March 11th and then took Sam to see the locations and family or friends that held particular importance for them.

The title 'Broken Things' is a reference to both physical and emotional damage and comes from the very first day of the journey. They were the words that a retired English teacher used to translate the Japanese phrase 'gare-ki' as he pointed to one of the many giant piles of debris that are now typical of the area. Its more usual meaning would be 'rubbish' or 'debris' but his contained the seed of something more poignant. Everywhere you look there are physical traces of the Tsunami, broken and twisted material or their inverse the empty spaces where buildings once stood. And yet there is a more positive interpretation that in spite of the tragedy what is now broken can and must be fixed.

'Broken Things' is the first book from Inaka publishing, London, and was designed by Stewart Armstrong