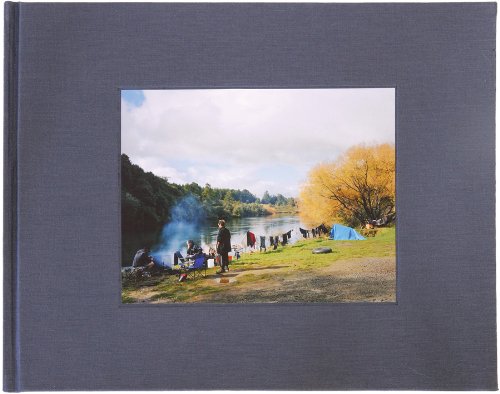 From abandoned rural New Zealand landscapes and the residents of the alternative communities that line the Waikato River, to Maori teenagers and workers at the Waitoa Slaughterhouse, to fashion models and intimate moments from his private life, Henderson’s vast and varied subject matter is united by an approach marked by a kind of democratic naturalism, where all phenomena, no matter how insignificant or commonplace, is given equal attention. Although variously described as antiheroic and anti-iconic, Henderson’s interest in the ‘ordinary’ can be deceptive and his narratives often reveal themselves to be more complex and unsteady than they first appear.

Mercy Mercer’s128 colour photographs of the Waikato river, its neighbours, travelers, typically ‘New Zealand’ in flavour, are punctuated by unexpected moments that tell unofficial stories of New Zealand; tales of colonial invasion, poverty, immigration, boredom, and the ecological degradation of the landscape at the hands of commerce.