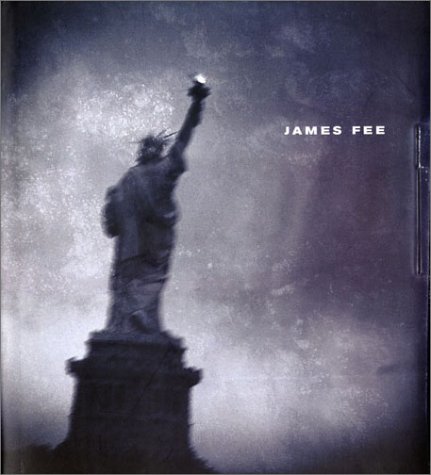 James Fee
by Sal Scalora
Publisher's Description
James Fee has been taking photographs for most of his life, and in the past decade he has developed a large and loyal following of critics and enthusiasts across the world of fine art photography. The 1990s was a prolific decade for Fee, who has in the last ten years produced several compelling series of works, all of which are documented in this essential new monograph. Presented here are the many black and white photographs of American icons and imagery that are thematically connected by Fee's obsession with the decline and destruction of the America that he knew as a young man: we see his series of New York imagery, including the Chrysler building and the Brooklyn Bridge; pictures of the crumbling Penn State penitentiary, Beat-inspired photographs of the American road; a distinctive and unique series of nude imagery; as well as his innovative collaborations with multimedia artist George Herms. Finally, presented here for the first time is a unique series of photographs taken on the South Pacific Island of Pelelui, a series which offers a glimpse at a long, very personal project for Fee, inspired by the photographs his father took while posted on the island during the Second World War.
ISBN: 0967174422
Publisher: St. Ann's Press
Hardcover : 175 pages
Language: English
Dimensions: 10.4 x 11.6 x 1.2 inches