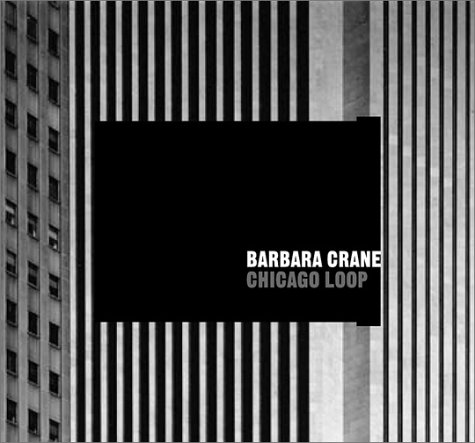 Hemmed in on three sides by the El and on the fourth by Lake Michigan, Chicago's downtown core is a vital conglomeration 0f architectural histories, from the birth of the skyscraper through to the perfection of International Style and onward toward post-modern eclecticism. The Loop, as the area is known, has long fascinated photographers; Barbara Crane is no exception. Between 1976 and 1978, she wheeled a bright-red leather golf bag around the neighborhood. It contained a 5x7 view camera, which she used to expose more than 500 negatives. Later edited down to a finished series of 90 pictures, and published here as a selection of 40, Crane's images capture the interstitial urban spaces that exist in between every building block of the Loop's circumscribed grid.

Barbara Crane was born in 1928 in Chicago, Illinois, where she still lives and works. Between 1967 and 1995, she taught photography at the School 0f The Art Institute 0f Chicago. Her work has been exhibited since the late 60s and is included in the collections of such institutions as The Art Institute of Chicago, the Getty Museum, the Smithsonian, and The Museum of Modern Art, New York.
ISBN: 0970245211
Publisher: LaSalle Bank, N.A.
Hardcover : 64 pages
Language: English