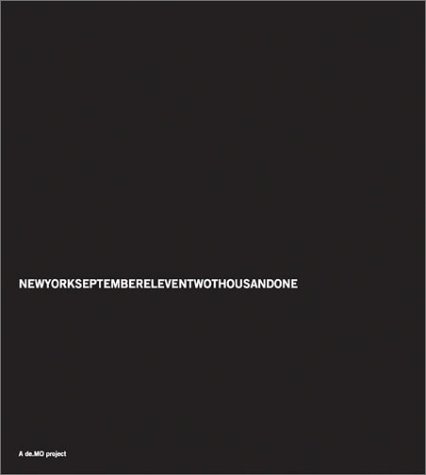 New York September Eleven Two Thousand One
by Giorgio Baravalle
Publisher's Description
September 11, 2001 will forever be remembered as the day that terror challenged the hearts of a nation. NEW YORK September Eleven Two Thousand One documents a day that changed our lives forever, from the shock of those first brutal moments to the horrific aftermath that followed. A selection of moving photos and thoughtful essays captures much of what the world saw and felt that day.

As is fitting for a memorial to those who lost their lives on September 11th in New York City, proceeds from this book will be donated to relief effort funds.