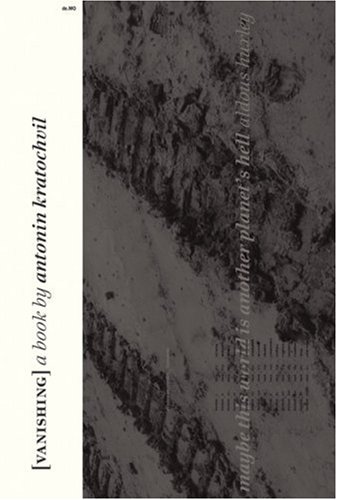 Vanishing
by Michael Persson
Publisher's Description
Vanishing is a riveting collection of 16 photo essays taken over 16 years by one of the world's most acclaimed photojournalists. It is a tour through endangered life forms and ruined environments, human catastrophes and destruction-resulting in vanishing cultures. From the book's introduction: ''Vanishing speaks on behalf of life, despite man's ever-threatening presence. This body of work offers nothing in the way of answers, neither is it a sermon in hopes of brighter days . . . 'Vanishing gives those who go about their business, living their lives, a chance to look beyond their worlds and into others.'

Antonin Kratochvil, born in 1947 in Czechoslovakia, is a founding member of VII, the esteemed cooperative picture agency. Over the past 25 years, his diverse assignments have taken him around the world. His work has appeared in 'The New York Times Magazine, 'Newsweek, 'Time, 'Condi Nast Traveler, 'GEO, 'Mother Jones, 'Smithsonian magazine, 'Natural History and the United Nations' 'Choices magazine. His other books are 'Broken Dream and 'Incognito.

Michael Persson was once a war correspondent. His essays have appeared in the Harvard University School of Journalism's 'Neiman Reports, The American Society for Free Speech and in 'Rethink: Cause and Consequences of September 11. This is his third collaboration with Kratochvil.
ISBN: 0970576838
Publisher: de.MO
Hardcover : 244 pages
Language: English