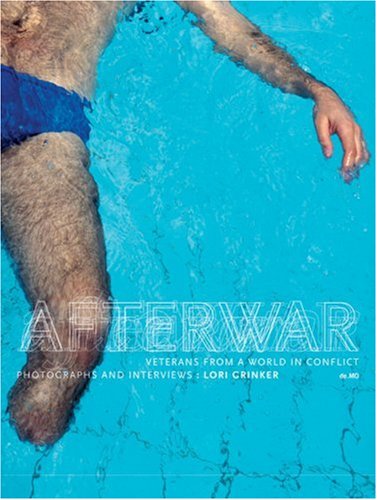 This project makes a significant contribution to our understanding of the high cost of war and the men, women, and children who suffer in it. Afterwar is one of the most compelling visual projects that I have seen on the subject of war and peace.
-Bill Moyers

The span and scope of war, of some of the recent sufferings that human beings have inflicted on one another; it is valuable to be reminded of this, as we are by these lucid, irrefutable pictures.-Susan Sontag

AFTERWAR: Veterans from a World in Conflict is a collection of images and interviews by photojournalist, Lori Grinker. Covering 30 countries in 15 years, revealed is the physical and psychological after effects of war on the veterans whose bodies and minds are changed forever.

The book is organized in reverse chronological order, from the most recently ended conflicts (Sri Lanka), to the early part of the century (World War I). The past century was one of history's deadliest. More than 100 million people died in over 150 conflicts. Countless others were wounded as nationalism, competing ideologies and religions, and genocidal conflict raged across Europe, through Asia, Africa, and the Americas.

From the book's preface: AFTERWAR is not about the heroics of war, although many of the individuals photographed and interviewed for this book have done heroic things. Covering the combatants of the past one hundred years, across boundaries of culture, geography and time, this project is meant to be a polyphony of voices revealing how people find themselves in war, what happens to them there, and the marks that remain when the fighting is over.