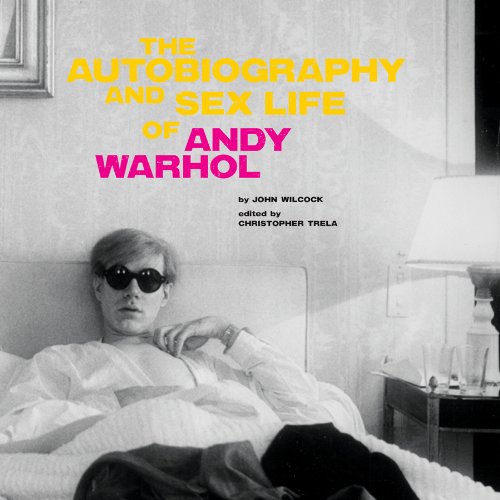 The Autobiography and Sex Life of Andy Warhol
by Christopher Trela
Publisher's Description
Village Voice and Interview cofounder JohnWilcock was first drawn into the milieu of AndyWarhol through filmmaker Jonas Mekas, assisting on some ofWarhol’s early films, hanging out at his parties and quickly becoming a regular at the Factory.“About six months after I started hanging out at the old, silvery Factory onWest 47th Street,” he recalls,“(Gerard) Malanga came up to me and asked,‘When are you going to write something about us?’” Already fascinated byWarhol’s persona,Wilcock went to work, interviewing the artist’s closest associates, supporters and superstars. Among these were Malanga, Naomi Levine, Taylor Mead and Ultra Violet, all of whom had been in the earliest films; scriptwriter Ronnie Tavel, and photographer Gretchen Berg; art dealers Sam Green, Ivan Karp, EleanorWard and Leo Castelli, and the Metropolitan Museum of Art’s Henry Geldzahler; the poets Charles Henri Ford and Taylor Mead, and the artist Marisol; and the musicians Lou Reed and Nico. Paul Morrissey supplied the title: The Autobiography and Sex Life of AndyWarhol is the first oral biography of the artist. First published in 1971, and pitched against the colorful backdrop of the 1960s, it assembles a prismatic portrait of one of modern art’s least knowable artists during the early years of his fame. The Autobiography and Sex Life is likely the most revealing portrait ofWarhol, being composite instead of singular; each of its interviewees offers a piece of the puzzle that was AndyWarhol. This new edition corrects the many errors of the first, and is beautifully designed in a bright, Warholian palette with numerous illustrations.
ISBN: 0970612613
Publisher: Trela Media
Hardcover : 256 pages
Language: English
Dimensions: 9.8 x 9.8 x 1 inches