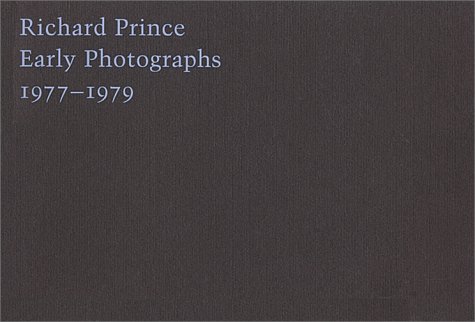 With selected writings by Richard Prince.

By manipulating the means and products of mass media, Richard Prince gives his viewers a glimpse of American culture as directed toward middle-class consumers. His appropriations of living rooms, watches, and sophisticated couples and individuals turn the informative nature of the original advertisement into cultural indicators of borrowed and fictional representation. This book assembles together the photographs that initiated Prince's exploration of authorship and the original, ideas that were prevalent in the critical discourse of the late 70s, and are perhaps even more so today.
ISBN: 0970909004
Publisher: Skarstedt Fine Art
Hardcover : 47 pages
Language: English