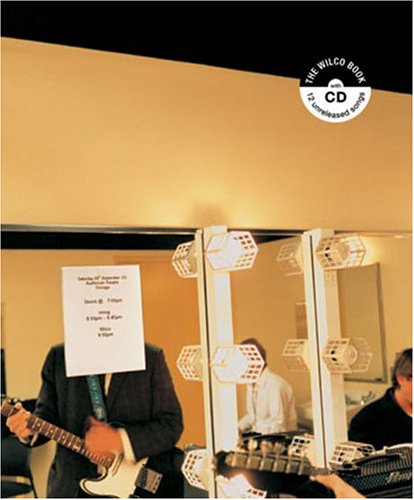 This is a book about Wilco and the pictorial, literary, and musical world it conjures up on record and in performance. Created in collaboration with Jeff Tweedy, Wilco, and Tony Margherita, this primarily visual book explores what Wilco does, how it does it, and where it all comes together. The band narrates the book in the form of long captions accompanying a variety of images: a Korean postcard, a Stratocaster, a backstage practice session, and so on. Along the way, central topics such as instruments, touring, and recording are covered both in general (i.e., what happens, physically, when a guitar string breaks) and specific to Wilco. Just as the band assembles its disparate talents and inspirations to make music, this book coheres in the end to reveal a 40 minute CD of original, unreleased songs. Just as Wilco experiments with music by turning convention on its head, this book is an utterly new take on the old genre of the rock 'n' roll book. The Wilco Book will look and read like a Wilco record sounds; it's a translation of the band’s sensibility from sound into print.
Amazon.com Review
Between all the critical acclaim, Greg Kot's book on the band, and the introspective I Am Trying to Break Your Heart documentary, you'd think that pretty much everything has already been said about Wilco. But The Wilco Book--the influential rock band's own scrapbook of photos, observations, and random notes--has more than a few revelations for fans. Here we get beautiful photographs of musical instruments (taken apart, being fixed and played) interspersed with quotes about their studio, their performance and recording habits, and their songwriting. Some may think a close-up of a Gibson guitar is a mundane affair, but to Wilco's Jeff Tweedy, that tool of the trade is an important element in the music-making process, worthy of plenty of attention. In addition, there are numerous shots of the band, random images by Fred Tomaselli, a new essay on the ensemble by Rick Moody, and "The Angel Is My Watermark," a piece by Henry Miller that resonates with the group. The enclosed 12-track CD contains previously unheard tracks from the A Ghost Is Born sessions. A couple tunes ("Diamond Claw," "What Good Am I") rank with Wilco's best work, while the rest show the band in the midst of the creative process, making aural sketches. All told, the poignant randomness of The Wilco Book unfolds like a great Wilco album: it's a wonderful mix of compelling experimentation and heartfelt sentiment. A must-have for Wilco lovers. --Jason Verlinde

Amazon.com Music Editor Jason Verlinde talks with Wilco's Jeff Tweedy about the book, the band's music, and more in our special audio interview: