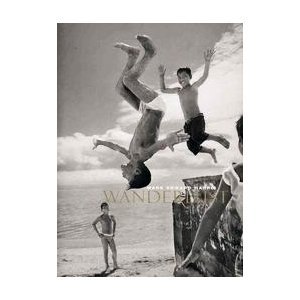 Wanderlust - second edition
by Mark Edward Harris
Publisher's Description
Award-winning photographer Mark Edward Harris has traveled and photographed in 80 countries. His books include 'Faces of the Twentieth Century: Master Photographers and Their Work' which won the prestigious New York Book Show 'Photography Book of the Year' and 'Best of Show' awards; 'The Way of the Japanese Bath,' winner of a Premier Print Award; 'Wanderlust' which led to him being named 'Photographer of the Year' at the 2004 Black + White Spider Awards and the book itself being named the people/photography book of the year at the International Photography Awards and Prix del la Photographie Paris; in 2007 Chronicle Books published 'Inside North Korea' and in 2008 'Inside Iran;' in 2009 a revised and expanded version of 'The Way of the Japanese Bath' was released. This 2nd and expanded edition of Wanderlust continues the globetrotters's photographic explorations with new images from Peru, Italy, India, North Korea, South Africa, Kenya, Oman, and the United Arab Emirates.
ISBN: 0972784136
Publisher: Shashin Press
Hardcover : 264 pages
Language: English
Dimensions: 8 x 11 x 2 inches