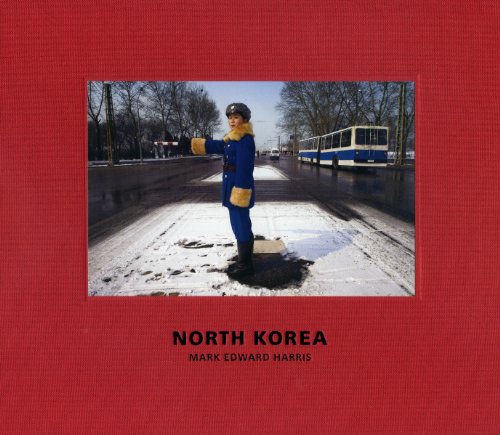 North Korea (English and Korean Edition)
by Mark Edward Harris
Publisher's Description
The idea for this book on North Korea and its companion book on South Korea is simple, a look at Korea 60 years after the signing of the armistice that stopped - but did not officially end - the Korean War. Turning the idea into reality was much more complicated, especially north of the 38th parallel, the 154-mile long and 2.5-mile wide line that divides the peninsula.

To better understand North Korea, officially the Democratic People's Republic of Korea (DPRK), one must travel back at least two centuries. For it is in the history of the Korean Peninsula, not just the land above the mid-20th century division, where an integral part of the bigger picture reveals itself.

The 19th century Opium Wars in China had an isolating effect on Korea, helping to create what became known as the Hermit Kingdom. While now often used as a synonym for the DPRK, this label was originally given to the entire peninsula.

In the 1870s Japan began flexing its military muscle, crisscrossing the East Sea (Sea of Japan) in an attempt to subjugate Korea. These actions culminated in the annexation of the country in 1910. Japanese occupation would last until the end of World War II in 1945, when the United States took control of the southern half of the peninsula and the Soviet Union, having entered the war against Japan only a few weeks earlier, occupied the northern half. These are the seeds that grew into a divided Korea.

In 1948 with the Cold War in full swing, North Korea and South Korea declared independence from each other, each claiming to be the rightful government for the entire peninsula. On June 25, 1950 the Cold War turned hot as Northern troops flooded into the South. By the time an armistice was signed on July 27,1953, more than a million soldiers and civilians had been killed. At the time, U.S. General Mark Wayne Clark's headquarters in Tokyo issued a statement addressed to all members of the United Nations Command: 'I must tell you as emphatically as I can, that this does not mean immediate or even early withdrawal from Korea. The conflict will not be over until the governments concerned have reached a firm political settlement.' Six decades later, peace is still not at hand.
ISBN: 0972784152
Publisher: Shashin Press
Hardcover : 112 pages
Language: English