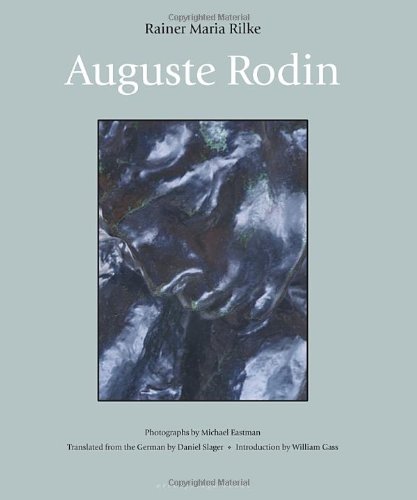 Auguste Rodin
by Michael Eastman
Publisher's Description
Sculptor Auguste Rodin once wrote that 'one has only to look at a human face to find a soul, no feature deceives; hypocrisy is as transparent as sincerity. The inclining of the brow, the least furrowing of a look may reveal the -secrets of the heart.' Rodin was fortunate to have as his -secretary Rainer Maria Rilke, one of the most sensitive poets of our time. These essays discussing Rodin's work and development as an artist are as revealing of Rilke as they are of his subject. Written in 1903 and 1907, these meditations mark the entry of the poet into the world of letters. The book sheds light on the profound psychic connection between the two great artists, both masters of giving life to the invisible within the visible, concerned with 'the unnoticed, the small, the concealed . . . with the profound and surprising unrest of living things.' Over a dozen -reproductions of Rodin's little known water-colors and drawings will accompany the essay. Rainer Maria Rilke, born in Prague in 1875, is arguably the greatest German poet since Goethe. His major works include his 'Duino Elegies,' 'The Sonnets to Orpheus,' 'The Notebooks of Malte Laurids Brigge,' 'The Book of Hours,' and 'Letters to a Young Poet.' Daniel Slager (Translator) is an editor at Harcourt and a contributing editor to 'Grand Street.' His translations of texts by Bertolt Brecht, Franz Kafka, and Heiner Muller have been widely acclaimed, and his renderings of Durs Grunbein, Marcel Beyer, Felicitas Hoppe, and Terezia Mora have marked these authors' first publications in the U.S. William Gass (Introduction) is the author of four novels and five books of essays. He has been the recipient of grants from the Rockefeller,Lannan, and Guggenheim foundations. He has received two National Book Critics Circle Awards for Criticism. Gass lives in St. Louis where he is the Director of the -International Writers Center.
ISBN: 0972869255
Publisher: Archipelago
Hardcover : 88 pages
Language: English
Dimensions: 8.2 x 9.6 x 0.7 inches