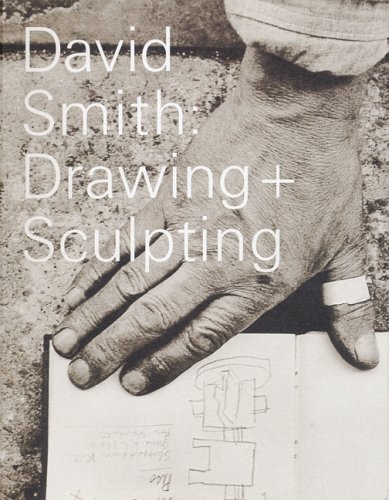 David Smith: Drawing + Sculpting
by Steven Nash
Publisher's Description
David Smith is arguably the most important American sculptor of the twentieth century. From his early development out of Surrealist and Cubist influences to the towering structures he made late in life, Smith created a new language in iron and steel that embraced both symbolic figuration and pure abstraction. Forty years after his death in 1965, the body of work he created still astonishes in its variety, technical mastery, and creative energy.

So powerful is Smith's legacy as a sculptor, however, that other highly important aspects of his art remain relatively neglected. Such is the case with the thousands of drawings Smith produced throughout his artistic life. David Smith: Drawing + Sculpting breaks new ground by focusing on his drawings and investigating specifically the important interactive role they played with his sculptures. It illustrates many works drawn from the extensive holdings of the artist's estate that have never been exhibited previously, and it contains the most thorough compendium published to date of David Smith's writings and statements on drawing.

Smith himself stressed repeatedly the connection in his work between drawing and sculpture, noting that all of his art flowed from one continuous, evolving stream, with no 'separate provision' for two-dimensional versus three-dimensional expression. Drawings tended to link to sculptures not in linear developmental sequences or one-to-one relationships, but more often as clusters or constellations of graphic themes and notations exploring ideas, forms, and motifs that also circulated through his sculptures. David Smith: Drawing + Sculpting illuminates this fundamental principle in his art.
ISBN: 0974122130
Publisher: Nasher Sculpture Center
Paperback : 168 pages
Language: English