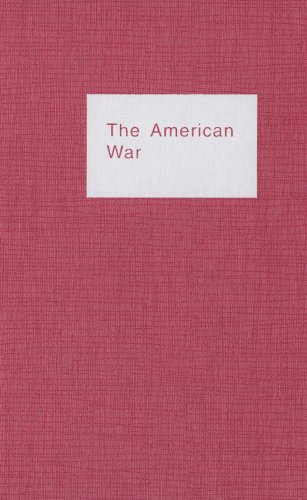 The American War
by Harrell Fletcher
Publisher's Description
'In June, 2005 I was in Vietnam for a month as part of an international artists retreat. While I was there I visited The War Remnants Museum in Ho Chi Minh City, which is a memorial museum for what is referred to in Vietnam as The American War. I was so affected by what I saw at the museum that I went back several times and eventually photographed all of the images and text descriptions from the main museum – over two hundred photos. I used my digital camera and took the shots hand held at off angles to avoid reflections. The images have an oddly casual quality but are still accurate representations of the material depicted at the museum – with a similarly horrifying quality. I decided to print the photographs and exhibit them at various venues around the U.S. as a sort of re-presentation of the material I encountered in Vietnam. The photographs in this book are a selection of about half of all the pictures in the museum’s main exhibition hall.

'Even though many of the images were familiar to me, seeing them all together and presented from the Vietnamese perspective was very striking. It made me realize that I didn’t know much about the details of the war that had consumed the U.S. for most of my early childhood. I started researching the war in an attempt to understand why it happened and what its effects were on the region and on U.S. policy. The museum and my re-presentations of it are only showing one perspective, there are many others. I encourage everyone to do their own research and find out more about The American War in Vietnam and all of the other American Wars that have been happening ever since.'
ISBN: 0974690856
Publisher: J&L Books
Hardcover : 96 pages
Language: English
Dimensions: 5.3 x 7.8 x 0.5 inches