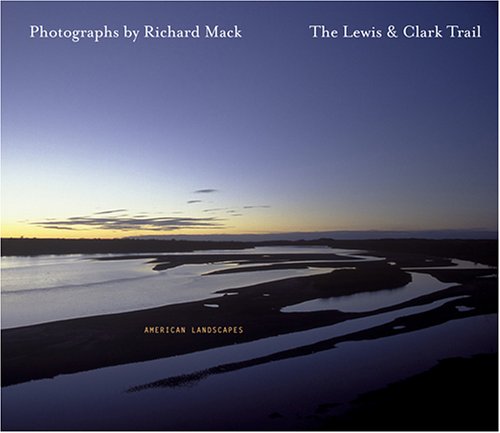 The Lewis & Clark Trail American Landscapes
by Richard Mack
Publisher's Description
Photographer Richard Mack has brought the vistas and majesty of the Lewis & Clark Trail to life in a magnificent set of 248 color photographs. Richard spent two years visiting key locations along the Lewis & Clark Trail – by plane, auto, and on foot – shooting specific locations at the same time of year as was originally experienced. The result is an extraordinary set of images capturing the incredible diversity of the American landscape in different seasons. The Lewis & Clark Expedition – also known as the Corps of Discovery – is regarded as one of the epic stories in American history. The trail stretches across the American landscape starting in St. Louis and follows the Missouri River through the woodlands of the Midwest, out onto the Great Plains before crossing Montana, entering the Bitterroot Mountains in Idaho, and gliding down the Clearwater, Snake, and Columbia rivers to the Pacific Ocean. The pioneering exploits of the Corps of Discovery have been thoroughly chronicled in thousands of pages of narrative by historians as well as in the journals of Meriwether Lewis and William Clark. These words have helped capture in riveting and descriptive detail the sense of discovery and, in particular, the wonder of viewing untouched landscapes and various species of animals for the first time. Unfortunately, the only “pictures” from this expedition were those painted by the words and drawings of Lewis & Clark. Until now. For those interested in the Lewis & Clark Expedition specifically and American history in general, this book is an invaluable supplement to the narrative works in their collection. For those who are simply awestruck by the splendor of nature or the power of photography, this once-in-a-lifetime collection of images will be a treasured addition to their library.

Quiet Light Publishing is pleased to announce the Limited Edition The Lewis & Clark Trail American Landscapes. This edition will be limited to 200 copies in honor of the Two Hundredth Anniversary of the Lewis & Clark Expedition. Each copy will include a set of three prints, one from each year of the Corps of Discoveries travels, and will be presented in a leather slipcase. Both the book and prints will be signed and numbered by Richard Mack. The price will increase as we sell out of the edition. Because each is made individually delivery takes 2-3 weeks.
ISBN: 0975395408
Publisher: Quiet Light Publishing
Hardcover : 256 pages
Language: English
Dimensions: 10.8 x 12.6 x 0 inches