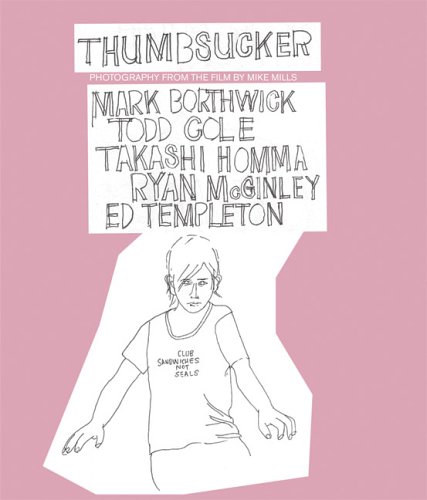 Thumbsucker
by Todd Cole
Publisher's Description
Justin Cobb, the main character of Mike Mills’s directorial debut, is still sucking his thumb at 17. He wants to stop, but when he finally does—thanks to hypnotherapy administered by his new-age orthodontist, played by Keanu Reeves—it throws his life and his family’s into complete disarray. Thumbsucker, which documents the eponymous film’s production, is art in itself, packed with work from a group of super-hip, internationally known young photographers including Takashi Homma, Ed Templeton, Todd Cole, Mark Borthwick and Ryan McGinley. The art scene it records is close kin to that presented by the recent bestseller Beautiful Losers, this time offering readers a hit of the Lower East Side’s aesthetic and social life by way of Hollywood. If Thumbsucker the film offers an honest and funny look at those who feel deeply flawed, both in youth and middle age, Thumbsucker the photo book offers an honest and funny behind-the-scenes look at the heartbreaking and uplifting process of producing such a project. With an introduction from Tilda Swinton, who stars—in both movie and book—alongside Vincent D’Onofrio, Benjamin Bratt and Vince Vaughn.
ISBN: 0977061000
Publisher: Iconoclast
Paperback : 144 pages
Language: English