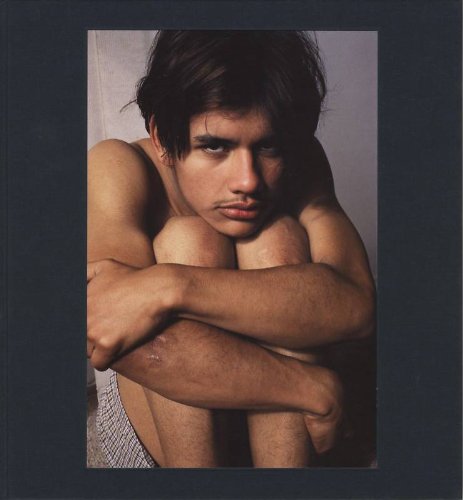 Larry Clark: Los Angeles 2003-2006 Volume I
by Larry Clark
Publisher's Description
Los Angeles 2003-2006 reflects the artist's life-long interest in the subject of today's youth within a marginalized urban environment. In this particular body of work, we witness the physical transformation of Jonathan Velasquez throughout the period of his adolescent years. Jonathan, a teenager living in South Central Los Angeles whom the artist encountered by chance, inspired Clark to write and direct the film Wassup Rockers. In this obsessive four year photographic chronicle of Jonathan's life, we experience not so much the unfolding of a series of portraits but rather the weaving of the subject's personal life within the context of a particular social milieu common to so many of today's urban youth subcultures.

Building upon Larry's previous photographic accomplishments beginning with Tulsa, Teenage Lust, 1992, the Perfect Childhood, punk Picasso, and in film with Kids, Bully, Ken Park and Wassup Rockers this series of photographs further probes with equal intensity and unabashed honesty the often subtle, often glaring changes that all youth, and in particular Jonathan, go through in their teenage years. The close-up shots, the full length frontal views, the groupings of Jonathan with his friends all combine to portray the vulnerability as well as the subjects’ expressions of newfound individuality, vitality and independence of life style. The large scale pigment prints reflect a departure for Clark from the more spare and documentary sensibility that characterize his earlier work, and in so doing allow for a more tender and evocative exploration of his subject.
ISBN: 097711502X
Publisher: Luhring Augustine Gallery, New
Hardcover