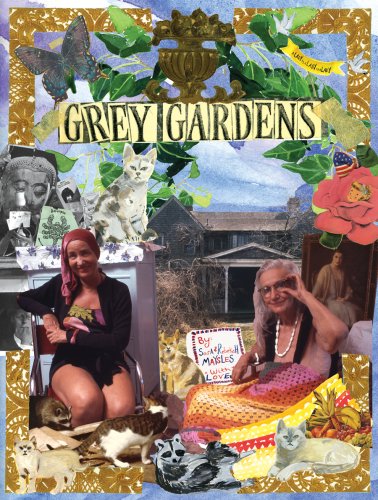 Grey Gardens
by Sara Maysles
Publisher's Description
One of the strangest and subtlest films ever made, the Maysles brothers' 1975 documentary Grey Gardens today boasts as devoted a following as One Flew over the Cuckoo's Nest or Harold and Maude. Shot at Grey Gardens, the dilapidated East Hamptons mansion of Big Edie' and 'Little Edie' Beale, aunt and cousin to Jackie Onassis, this classic of cinema vérité tracks the Beales' eccentric and sequestered lives-which consist mostly of doing nothing, but with a mesmerizing zest and volubility. Little Edie's magical aphorisms ('Raccoons and cats become a little bit boring,' she sighs toward the end of the film, 'I mean for too long a time...') are gems of unwitting camp, and between her observations, her costumes, the incredibly bizarre mother-daughter tensions, the cats, raccoons and the beautiful ruins of Grey Gardens itself, 'doing nothing' amounts to everything; indeed, it amounts to a tragicomedy of enormous emotional punch. This eclectic volume offers a myriad of collaged illustrations, photographs, film stills, production notes and other archival materials alongside transcripts of the Beale's own stories and conversations, edited from unreleased Grey Gardens sound recordings. Structured to mirror the Maysles' own approach to the world of the Beales, it closely resembles the enchanting clutter of the mansion-a self-contained world littered with mementos and telling ephemera. It also reproduces unpublished photographs by Albert Maysles and David Maysles. With an introduction by Albert Maysles, drawings and illustrations by Albert's daughter, Rebekah Maysles, and an appendix with the full transcripts of both Grey Gardens and 2006's The Beales of Grey Gardens, as well as an audio CD of sound recordings capturing the Beales at their best, this book is the essential companion to the film and a beautiful testimony to its legacy.'
ISBN: 097765236X
Publisher: Free News Projects
Hardcover : 200 pages
Language: English
Dimensions: 9.4 x 11.3 x 1.1 inches