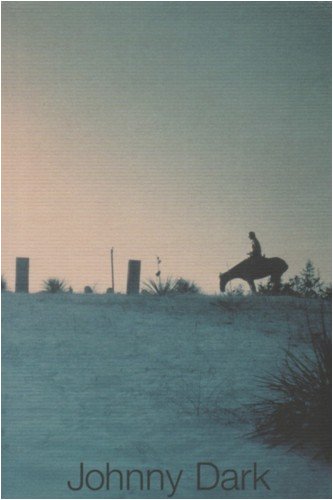 Johnny Dark: People I May Know
by Bruce Weber
Publisher's Description
Limited to 3,000 copies worldwide. Johnny Dark's work as a writer and photographer has been edited and published for the first time, under the editorial direction of Bruce Weber, Nan Bush, and Sherri Wasserman.

Who is Johnny Dark? Poetic shutterbug. Fiery, renegade bohemian. Unapologetic beat generation sensualist. A myriad of monikers spring to mind when first encountering the cool appeal of Johnny Dark's debut effort People I May Know - a volume rife with guns, drugs and sexual escapades played out against the sweeping tableau of the American West. But even as this mythology gathers in the reader's mind, it is complicated to the point of irrelevance with the turn of the page and the revelation of other dispositions. For Johnny Dark is equally the creator of visual vocabulary all his own, one fraught with tenderness, romance and a deep curiosity about the people he may know. A memoir in the loosest sense of the term, People I May Know follows the casual, spontaneous path of an artist whose most realized idioms are detached observation and obsessive documentation of the people and places he happens upon. Part travel journal, part family album, People I May Know is characterized by fragmentary narrative, deep personal reflection, and photographs that evoke an unmistakable sense of time and place. Johnny Dark's debut meanders from New York and Spain to Nova Scotia and New Mexico, his lens ever trained on the quiet psychological dramas at work within his patchwork family. This restless group - comprised of his wife Scarlett, her two daughters Kristy and O-Lan, the author/playwright Sam Shepard, and Shepard's son Jesse - are Dark's preferred subjects, his portraits of them comprising the emotional heartbeat of People I May Know . Johnny Dark's cinematic landscapes are equally evocative all dusty prairies, threatening skies, and vacant western towns that perfectly mirror the struggles and disquiet of his most familiar companions.
ISBN: 0978712404
Publisher: Little Bear Press
Paperback : 256 pages